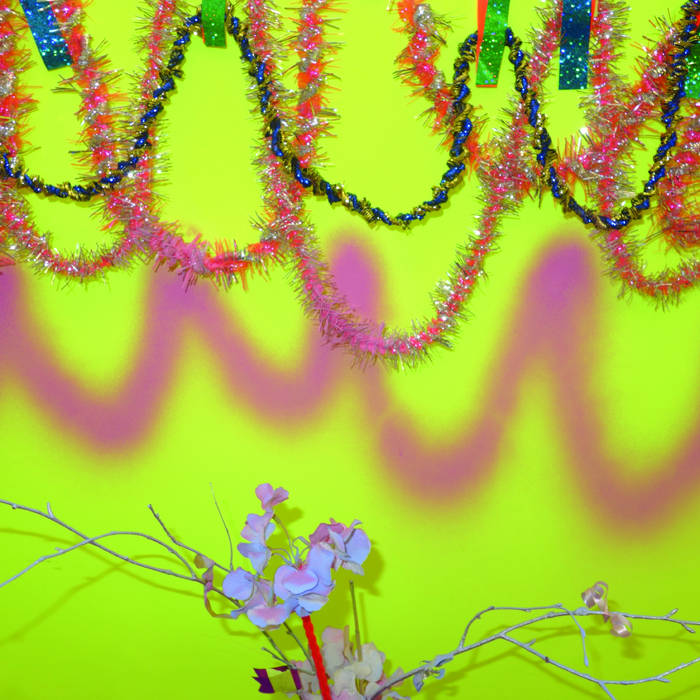 As part of legendary groups such as Avarus, Hertta Lussu Ässä and
Olimpia Splendid, Jonna Karanka has been a key player in the Finnish underground for most of this century. Through her Kuupuu alias, she dwells among an illustrious generation of Finn sound wizards which includes Tomuttontu/Jan Anderzen, Tsemba/Marja Ahti, Lau Nau
et al. Through the collaging of warbled acoustic instruments and looped-up electronics, Kuupuu has long been carving out her own lines into this post-free folk/neo-psychedelia lore.

Plz Tell Me, her first LP since 2013’s Sisar, was originally a self-released cassette through which new forms emerged in the Kuupuu repertoire. Jungly orchestral arrangements meet slick dub-tinged productions in a series of pop tunes for disjointed times: whether you dance or swoon or stare confusedly into space is up to chance. The original nine tracks get the full LP treatment for this Belgo-Finn treaty renewal, with 12 songs that weave down endless summer full of disembodied voices that moan and quaver as they murmur lullabies to punctured beats. Plz Tell Me opens a dazzling zone for fantasies to inhabit and intertwine, where incongruent sounds and a noisy kit of dreamed storylines knit a full tapestry of whimsical bliss.

all new and older kraak titles for sale on this page.

WE HAS A DIGITAL SUBLABEL NOW TOO:
krutrecords.bandcamp.com

Bandcamp Daily  your guide to the world of Bandcamp